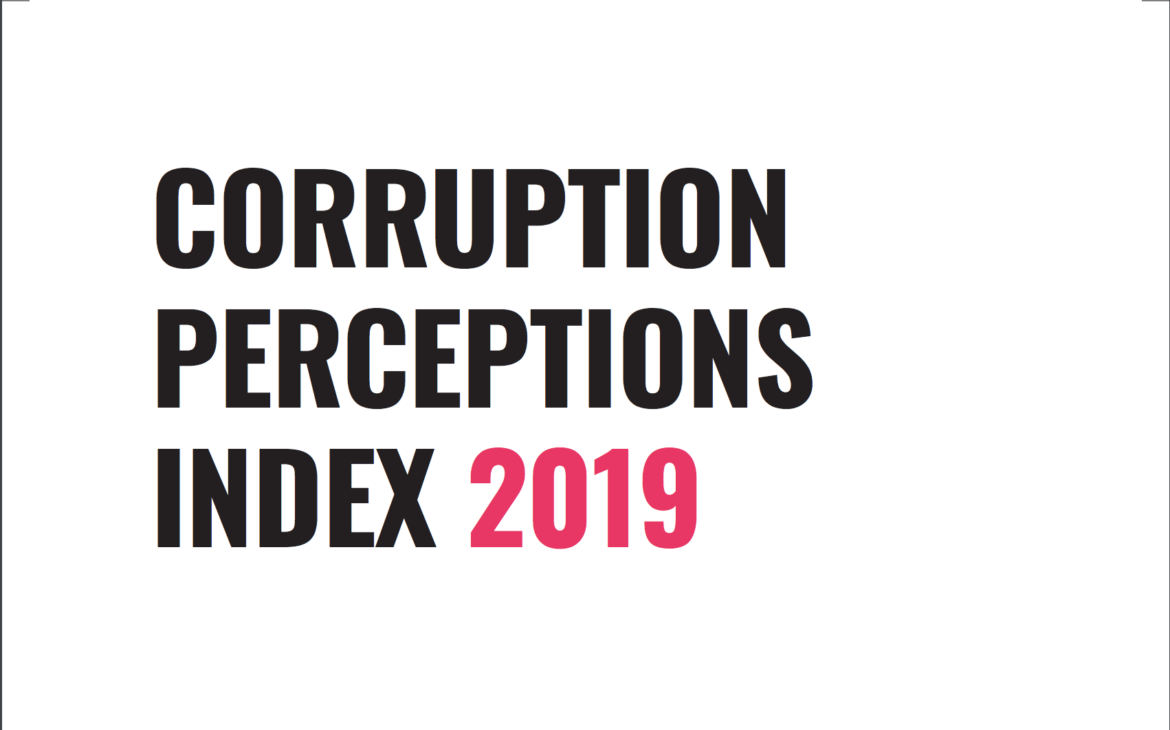 Nairobi, Kenya – 23rd January 2020: Kenya has obtained a score of 28 out of 100 in the global Corruption Perceptions Index (CPI) released by Transparency International today, a score which is below the global average score of 43 and the Sub-Saharan average score of 32. Since 2012, Kenya has scored between 25 and 28, out of 100, having recorded a score of 27 in 2018, depicting slow progress in the fight against corruption. In the rankings, the country is listed at position 137 out of 180 countries and territories assessed. The CPI measures the perceived levels of corruption in the public sector in countries and territories worldwide, drawing on 13 expert assessments and surveys of business executives. It uses a scale of zero (highly corrupt) to 100 (very clean). The report ranks countries by their perceived levels of public sector corruption. It is a composite index, a combination of surveys and assessments of corruption which is collected by a variety of reputable institutions. Regional outlook In the East African region, Rwanda is ranked highest garnering 53 points followed by Tanzania with 37, Kenya and Uganda scoring 28, Burundi with 19 and South Sudan with 12 points. In SubSaharan Africa, Seychelles and Botswana are leading with 66 and 61 points respectively. Other countries in Africa like Ethiopia scored 37, Zambia 34, Nigeria 26, Zimbabwe 24 and the Democratic Republic of Congo 18.

Denmark and New Zealand top the CPI 2019 with scores of 87. Somalia, South Sudan and Syria fall on the bottom rung with scores of 9, 12 and 13, respectively. In the last eight years, only 22 countries significantly improved their CPI scores, including Greece, Guyana and Estonia. In the same period, 21 countries significantly decreased their scores, including Canada, Australia and Nicaragua. In the remaining 137 countries, the levels of corruption show little to no change. The highest scoring region is Western Europe with an average score of 66. The regions which scored lowest are Sub-Saharan Africa (average score: 32) and Eastern and Central Asia (average score: 35).

This year, the CPI highlights the relationship between politics, money and corruption. TI’s analysis shows that countries that perform well on the CPI also have stronger enforcement of campaign finance regulations and a broader range of political consultation. Countries where campaign finance regulations are comprehensive and systematically enforced have an average score of 70 on the CPI, whereas countries where such regulations either don’t exist or are poorly enforced score an average of just 34 and 35 respectively. Sixty per cent of the countries that significantly improved their CPI scores since 2012 also strengthened regulations around campaign donations. Kenya has failed to regulate funds used in campaigns despite enacting the Election Campaign Financing Act in 2013. Parliament has deferred the implementation of the legislation to the 2022 election further crippling the ability of Independent Electoral and Boundaries Commission (IEBC) to monitor and regulate money used in campaigns. This has made elections in Kenya among the most expensive polls in Africa, a trend that should be urgently reversed. “Governments must urgently address the corrupting role of big money in political party financing and the undue influence it exerts on our political systems,” said Delia Ferreira Rubio, Chair of Transparency International.

Kenya is at a critical point where the relevant arms of government tasked with the fight against corruption need to show real outcomes, to instill public confidence in the ongoing anti-corruption efforts. Convictions and recovery of assets are key indicators of success in efforts to tackle corruption; following the spate of high profile arrests and arraignments in court, anti-corruption agencies should therefore bolster investigations and prosecutions that will lead to convictions and the recovery of stolen public resources. The recent directive by the President on conflict of interest among public officials has the potential to escalate the success in the fight against graft if followed through. TI-Kenya further proposes the following:

 Review and amendment of the Election Campaign Financing Act, 2013 to give the IEBC powers to develop Regulations on money spent in campaigns.

 Capacity strengthening of prosecution agencies especially the Office of the Director of Prosecution (ODDP) on the emerging trends, jurisprudence from the courts and sensitive procedures e.g. under the Proceeds of Crime and Anti Money Laundering Act, Act (POCAMLA).

 Strengthening of international cooperation mechanisms by concluding further agreements or arrangements to enhance the return of assets as well as improve record keeping, sharing of case information and statistics on assets recovered.

 Parliament should prioritise the enactment of the Whistleblower Protection and the False Claims Bills to protect individuals that come forth with reports of corruptions and enable the public recover assets lost to corruption respectively.

 All arms of government should interpret and enforce Chapter 6 of the Constitution to the letter while applying similar standards for (appointive) public office and elective positions.

Note to the Editors

 Transparency International Kenya is a not-for-profit organisation founded in 1999 in Kenya with the aim of developing a transparent and corruption-free society through good governance and social justice initiatives. TI-Kenya is one of the autonomous chapters of the global Transparency International movement that are all bound by a common vision of a corruption-free world.

 Since its inception in 1995, the Corruption Perceptions Index, Transparency International’s flagship research product, has become the leading global indicator of public sector corruption. The index offers an annual snapshot of the relative degree of corruption by ranking countries and territories from all over the globe. In 2012, Transparency International revised the methodology used to construct the index to allow for comparison of scores from one year to the next. For more information, visit https://tikenya.org/. 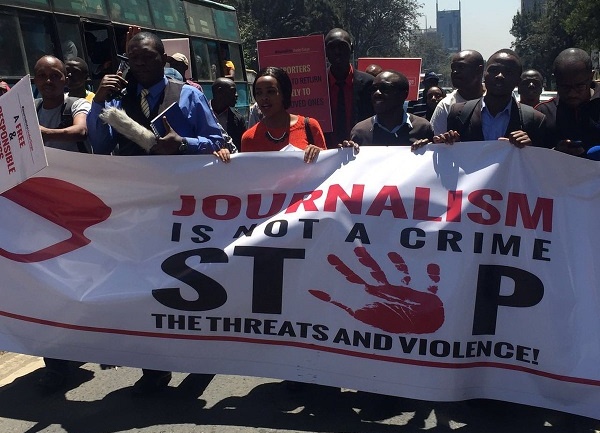