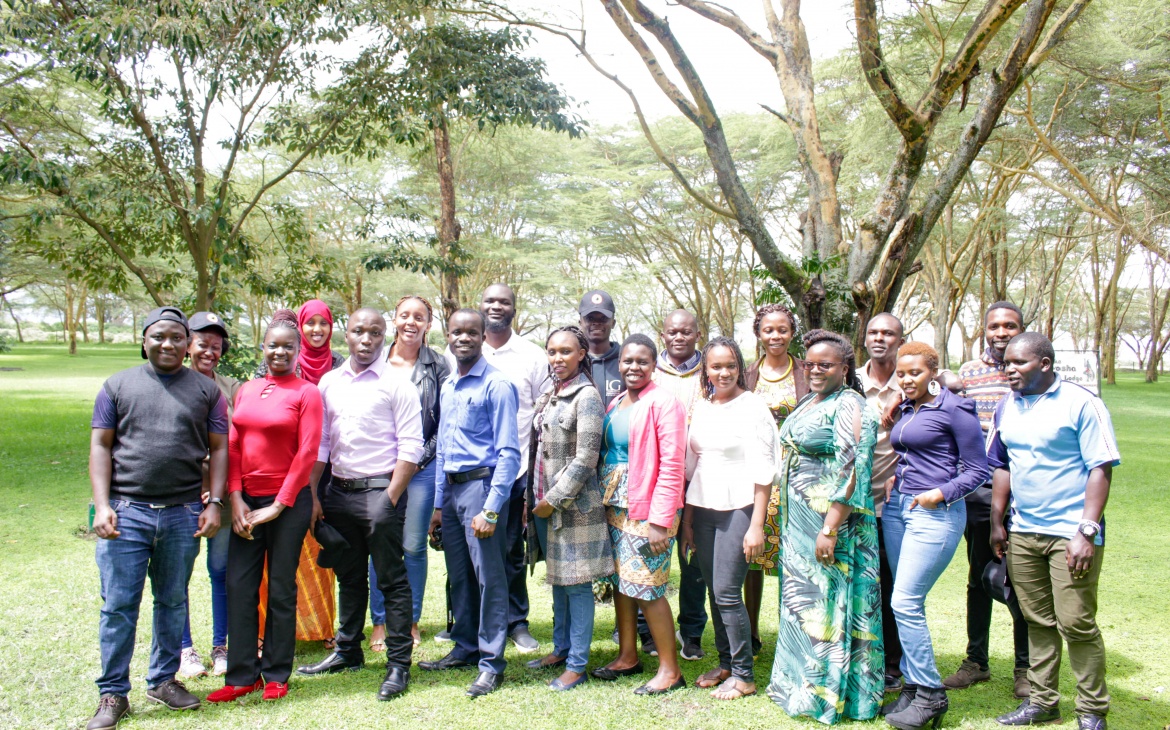 Action for Transparency and Eye on Corruption projects held a capacity building workshop for 22 journalists who have benefited from the EoC and A4T phase 2 grant and mentorship program, to train them on safety and security of journalists, using Access to Information Law and Gender Sensitive Reporting with support from Marceline Nyambala Executive Director, Association of Media Women in Kenya (AMWIK).

The workshop was aimed at engaging journalists to apply gender sensitivity during their reporting as they address various concerns on corruption, learning how to use the access to information laws to seek and reveal information and further look into safety and security measures while carrying out their investigative reporting.

Jessica Musila – independent public policy consultant and gender expert, led the participants in identifying some sources of gender bias, including: The economic pressures leading to cost-cutting and thus favouring less expensive forms of reporting with little or no verification; The competition for eyeballs leading to sensationalist stories with cheap angles, ; The limited availability of on-the-job training and coaching for young journalists and senior journalists to keep abreast of social developments and; The choice of words and expressions reflects and even reinforces gender power dynamics. 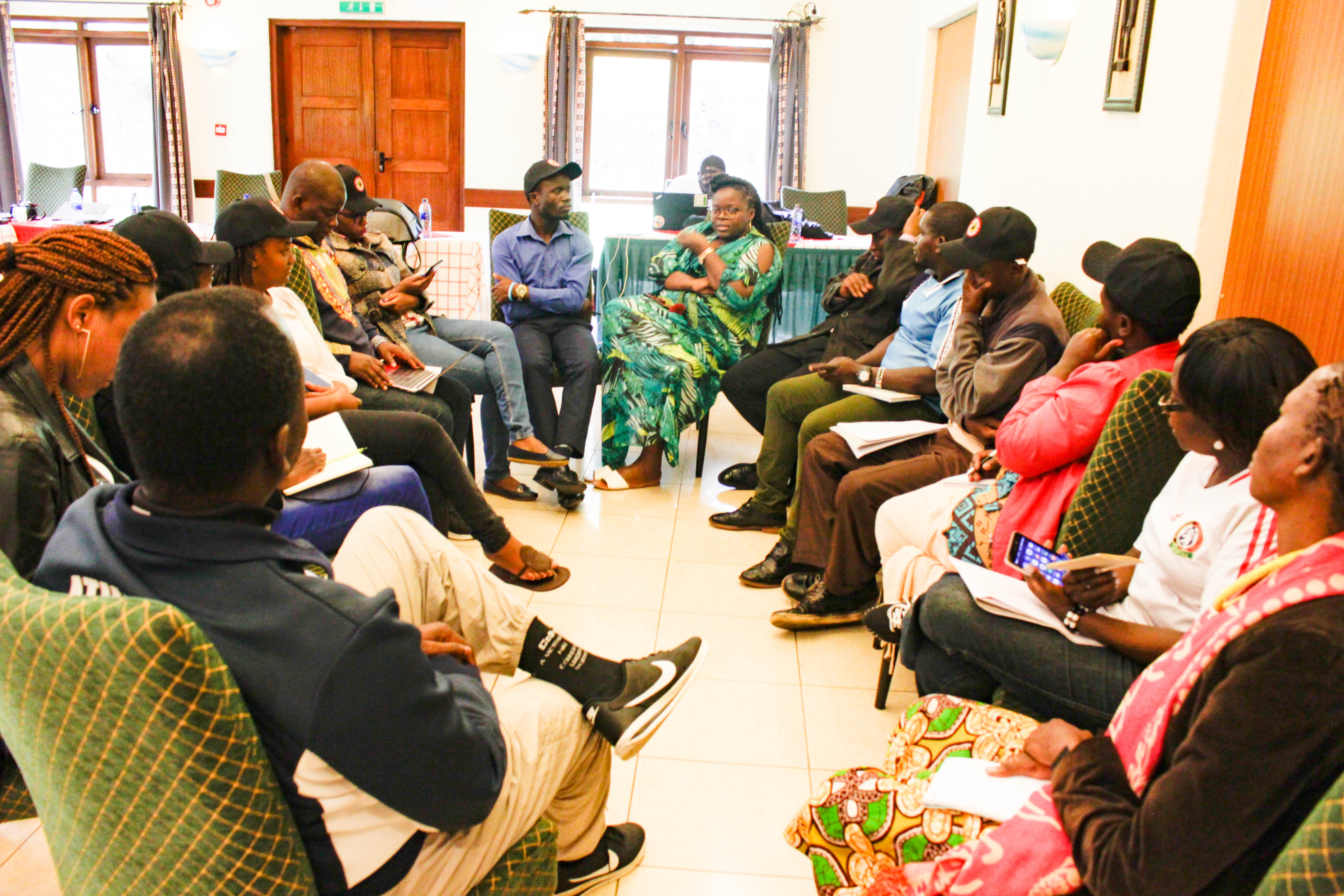 According to Global Statistics (2015), only 31% of stories on politics and 39% of economic news are reported by women. Women report 30% of political news in Africa, 29% of news subjects in stories reported by female journalists are women compared to 26% by male reporters

A newer concept of corruption through sex was introduced by Caroline Giathi, Programme Assistant TI-Kenya. Sextortion is a form of corruption whereby people entrusted with power such as government officials, judges, educators, law enforcement personnel, and employers seek to extort sexual favours in exchange for something within their authority to grant or withhold. There are various forms of corruption that interrupts social justice and equality. When someone in authority has used his/her position for his own personal or improper gain, that is corruption. Sextortion undermines gender equity, democracy, trust in public institutions, economic development, peace and stability. Media should inform citizens on different ways they can address it in any circumstance and align different processes that should be followed in case any related incidence occurs. 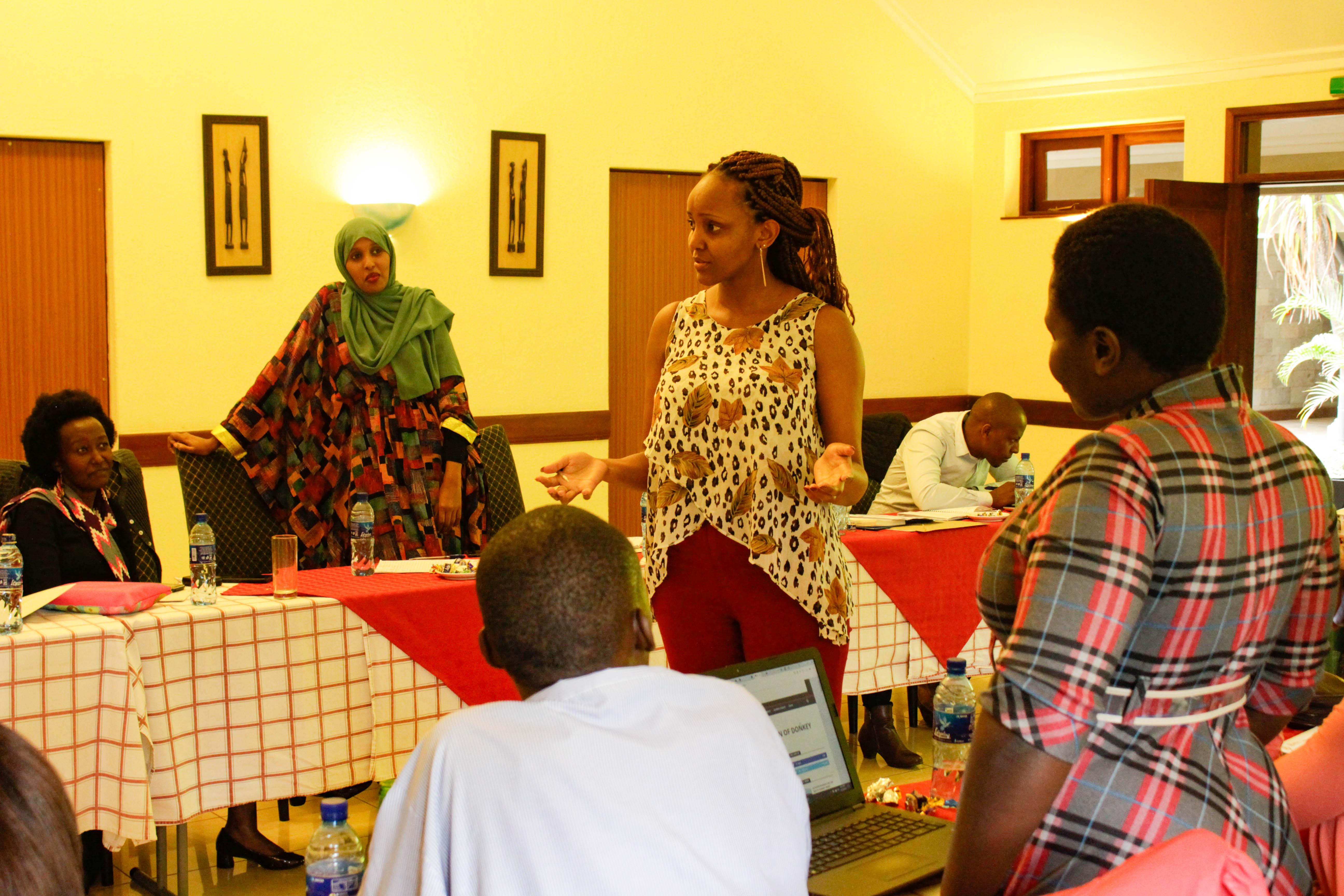 Among many other items, participants were guided by, Shitemi Kamadi – Media expert, to understand that public interest is always considered core to journalism. It fuels news values in what is given airtime. The law lists violations of the law, including human rights violations; mismanagement of funds; conflict of interest; corruption; abuse of public office; and dangers of public health, safety and the environment as public interest. For journalists therefore, the opportunity is wide open and its upon them to take up the challenge to give value to public funds and public office. 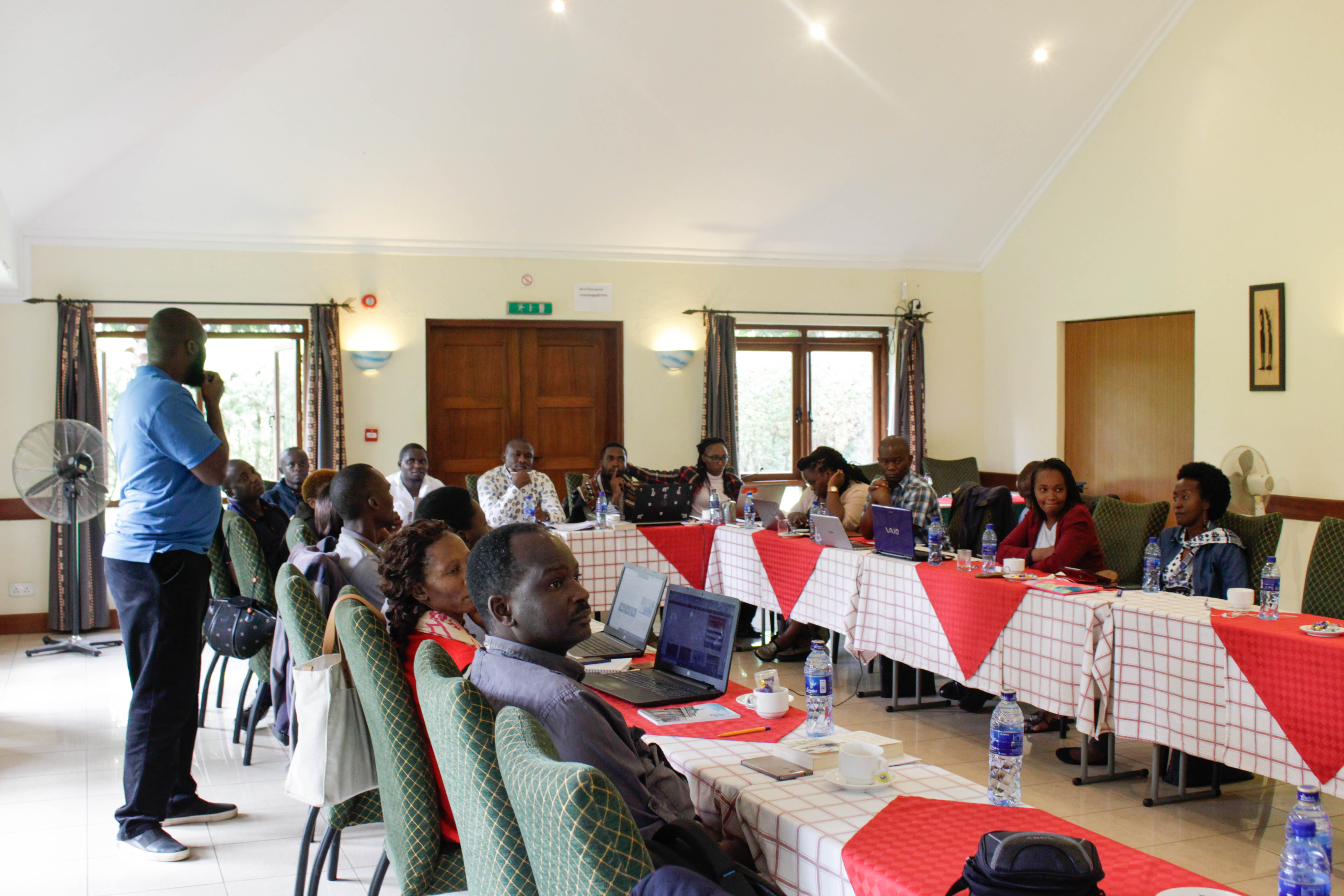 Professor Craig Lamay, – International Senior Lawyers Programme, through a webinar, made comparisons of United States and Kenya in Freedom of Information laws, during his training on Access to Information and Privacy. He noted that Kenya has so many laws in Kenya, which are not emphasised often and are not different from other country’s  ATI laws e.g. in United States of America. However, challenges come during the implementation of the laws. This concern is global as fewer than 50 percent of Freedom of Information (FOI) requests are fulfilled.

Prof. Craig recommended that journalists should  to empower citizens to monitor and report on implementation of ATI, when it doesn’t work, but especially when it does work and give practical and legal advice for using the law. Journalists could use the Access to Information Law in: Tracking expenditures of funds. E.g. budgets allocated for projects funded by Constituencies Development Fund (CDF); Quoting the law – mention clause of article to help fast track; Use of relevant bodies for reference such as Ti-Kenya, Article 19 and Commission on Administrative Justice and; Preparing data/statistics and having them ready for evidence at court.

The third phase of the Eye on Corruption (EoC) Global Network project (2018-2019) is being implemented by the Action for Transparency team at  Transparency International Kenya (TI-K) and leading EoC investigative reporters (Nils Resare and Carolina Jemsby) and Fojo Media Institute, with continued support from Creative Force (Swedish Institute). 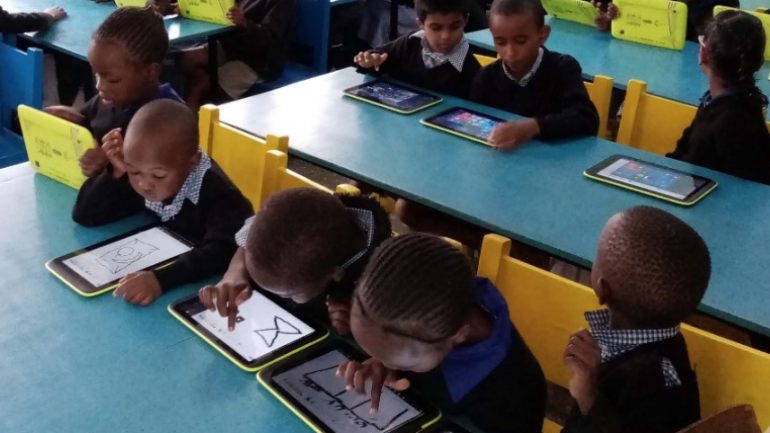 Kenya was fast joining the clamour to integrate Information and Communication Technology (ICT) in education by empowering learners and teachers in schools, a call that had taken a centre stage in many countries. The initial phase targeted about 1.1…

A4T grantee and  KTN journalist, Brian Obuya, has published a story that he has been investigating on fraudulent claims that have cost millions of shillings at the National Hospital Insurance fund. A report that was done by the Ethics and Anti…