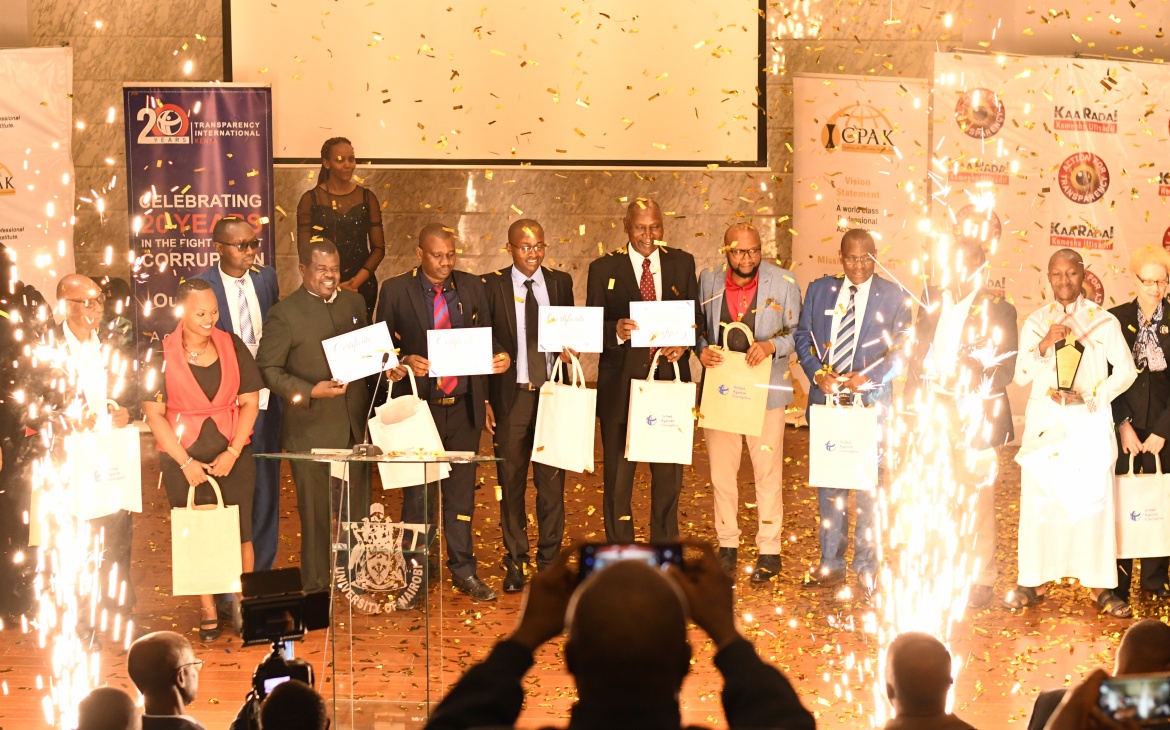 Transparency International Kenya through the A4T project and other programmes and in partnership with Institute of Certified Public Accountants of Kenya (ICPA-K) and the African Parliamentary Network Against Corruption (APNAC) conducted activities to mark the International Anti-corruption Day on 9th December 2019 in Nairobi, Kenya.

The International Anti-Corruption Day (IACD) has been observed annually since the passage of the United Nations Convention Against Corruption on 31 October 2003. IACD seeks to raise awareness of corruption and its negative impact on people and societies. Governments, the private sector, non-governmental organisations, the media and citizens around the world join forces to create awareness and mobilise sustained focus and support to the anti-corruption agenda at national, regional and international levels. The joint international campaign also focuses on corruption as one of the biggest impediments to achieving the Sustainable Development Goals (SDGs).

Led by ICPAK, the Public Lecture was centred on discussions concerning corruption prevention, particularly in relation to the public and private sectors. The main speaker for the public lecture was Professor Amos Njuguna, Dean, School of Graduate Studies, Research and Extension, United States International University-Africa. Mr. Njuguna shared insights on a social experiment exploring the youths orientation on ethical behaviour and advocating for behavioural ethical conduct. He also highlighted the need to link corruption to its effects to everyday lives for citizens affecting service delivery such as provision of Health and Education services.

Report launch: Judicial Interpretation of Chapter Six of the Constitution of Kenya

The report analyses the interpretation and application of judicial decisions on Chapter Six of the Constitution of Kenya 2010. It highlighted some of the progressive cases on interpretation of Chapter Six including: Lenolkulal case, where the Governor of Samburu after being charged with corruption was barred from accessing his office. The precedent set here was used in the case of Kiambu County Governor Ferdinand Waititu wherein he was charged with conflict of interest and was barred from accessing office quoting the Lenolkulal case as well as the values of Chapter 6. The report concludes with a recommendation that the judiciary should interpret the Constitution in a purposive manner and take advantage of the most recent rulings (Lenolkulal & Waititu Cases) to enforce Chapter 6 to combat corruption and impunity in Kenya, among other key recommendations. 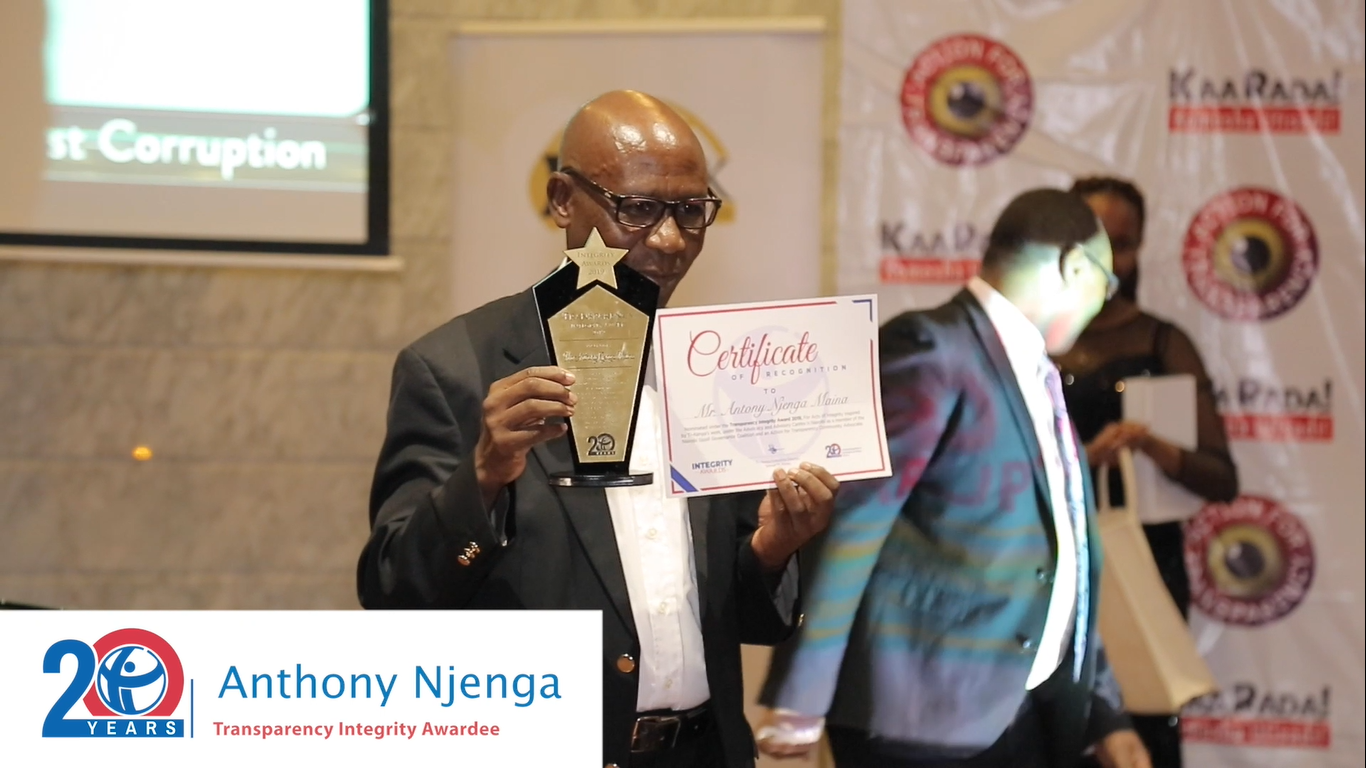 Antony Njenga one of the A4T Community Advocates was awarded the Transparency Integrity Award due to his longterm commitment to supporting TI-Kenya’s programmes and being a community champion for integrity.

As soon as you step into the vicinity of Ngunyumu Primary School, a stench odour hits you, making you doubt if you are in a learning institution. This is Korogocho slum, home to an estimated 150,000 people, according to…

Nairobi, Kenya – 1st May 2020: Following the brief on COVID-19 expenditure from the Ministry of Health to the National Assembly, Kenyans have raised concerns on the reported expenditure including lack of detailed information on the:  Expenditure information provided…