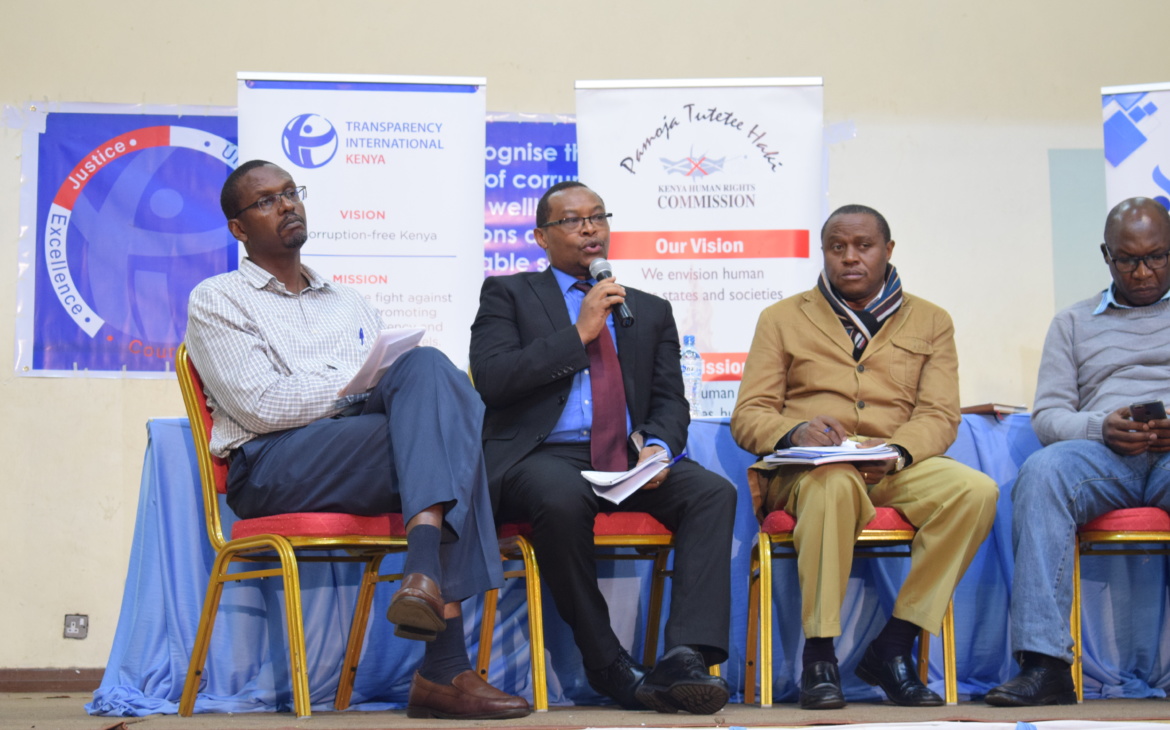 Theme: ‘Winning the Fight against Corruption: A Sustainable Path to Africa’s Transformation’

The African Union (AU) Assembly declared 2018 the ‘African Year of Anti-Corruption’ and 11 July of every year as the “African Anti-Corruption Day”. The inaugural African Anti-Corruption Day is dedicated to giving prominence to the anti-Corruption fight on the Continent and to commemorate the adoption of the African Union Convention on Preventing and Combating Corruption (AUCPCC).
This Day offers governments, leaders, anti-corruption agencies, civil society organisations, the private sector and citizens an opportunity raise the profile on anti-corruption issues and to advocate for transparency, accountability, integrity and better service delivery from public institutions nationally and regionally.

Governments and non-state actors have been instrumental in raising awareness about the devastating effects of corruption on governance, service delivery, human rights and socio-economic development. Additionally, numerous campaigns have been organized to influence national, regional and global agendas that seek to demand for systemic change. Despite efforts made towards combating the culture of corruption, the vice continues to erode people’s sense of equity, dignity and patriotism. This is reflected by citizen’s general sense of despair, given the failure of governments to effectively address corruption.

The 2017 Corruption Perceptions Index (CPI), published by Transparency International, highlights that majority of countries are making little or no progress in ending corruption, while further analysis shows journalists and activists in corrupt countries risk their lives every day in an effort to speak out. The findings very much reflect the Kenyan situation, particularly the attempts by government to curtail the governance sector NGOs and media space, culminating in the media shutdown early in 2018.
Over the last couple of months, the Auditor General’s reports and investigations by the Ethics and Anti-corruption Commission as well as the Directorate of Criminal Investigations have highlighted the unrelenting prominence of corruption and wanton wastage of public resources. Among the recent corruption scandals include the Kshs. 1.9 Billion irregular procurement payments under the National Youth Service (NYS), the fraudulent payments for maize supplied to the National Cereals and Produce Board, the Ruaraka Land probe and controversial sugar imports.

The A4T team participated in planning and carrying out activities to mark the African Anti-Corruption Day marked on 11th July 2018. The activities marking the day offered a great opportunity to create awareness on the effects of corruption in the Education and Health sectors as the focus areas of the A4T project.

The activities were organised in partnership with other organisations including; Kenya Human Rights Commission (KHRC) and the Kenyan Section of the International Commission of Jurists (ICJ).  Among the activities carried out included:

This year’s Corruption Perceptions Index (CPI) highlights that the majority of countries are making little or no progress in ending corruption, while further analysis shows journalists and activists in corrupt countries risking their lives every day in an effort…