HomeAll PostsMediaMedia, Corruption and Integrity in Kenya...
Action for TransparencyA4T 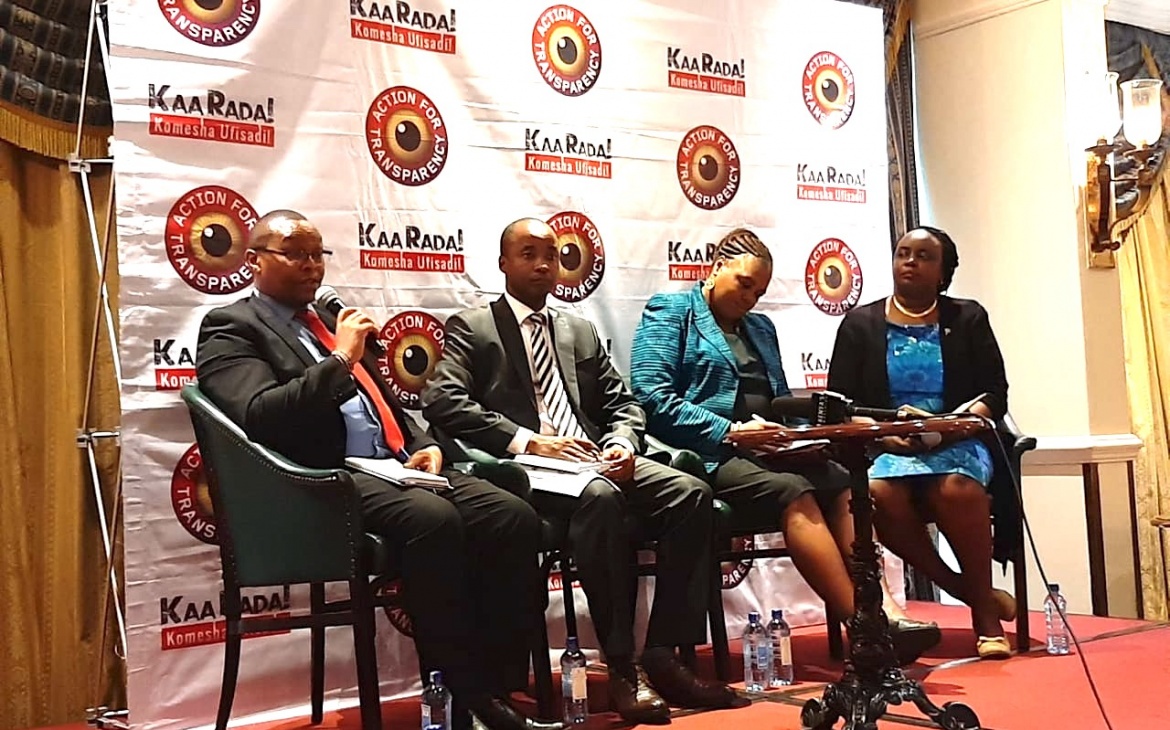 The Eye on Corruption and Action for Transparency project organised a media forum in collaboration with University of Nairobi, School of Journalism (SoJ) Alumni association. The theme of the forum was  “Media, Corruption and Integrity in Kenya: Performance of the Watchdog at Jubilee Administration’s Mid-Term”, aiming at Enhancing stakeholder’s involvement in the EoC/A4T work, Increase coverage of corruption and Strengthening partnership engagements with University of Nairobi School of Journalism Alumni Association.

Sheila Masinde, Programme Manager, made introductory remarks, noting that it was important to Work closely with academia in moving the conversations forward to strengthen the fight against corruption, Create strategic partnerships with two important watchdogs i.e. CSOs and the media and Create more spaces for Investigative journalists to gain the needed knowledge to aid them expose corruption.She also acknowledged that such media forums are the beginning of strong partnerships with all stakeholders’ present. 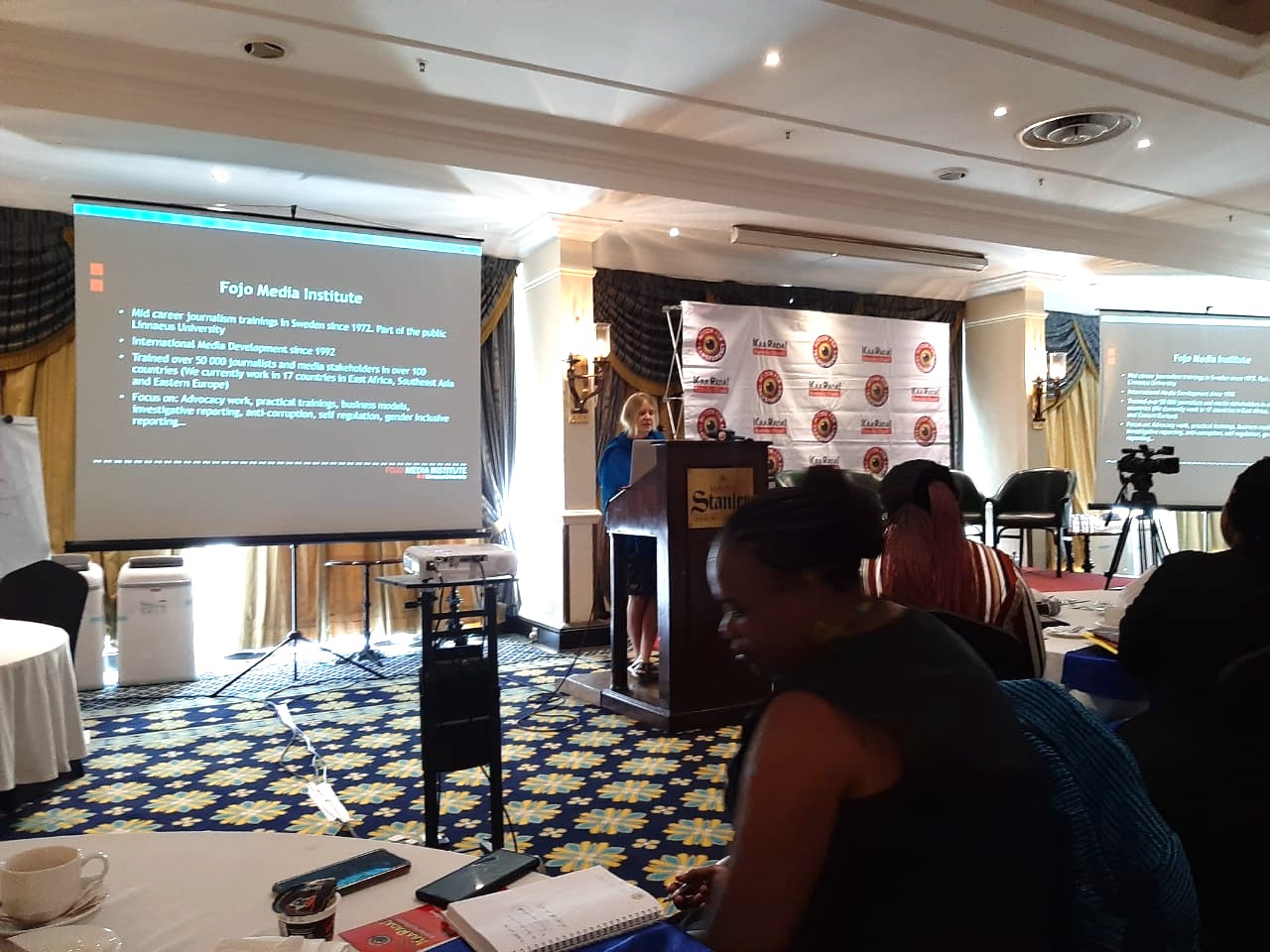 Also participating was Sofie Gullberg and Anki Wood from Fojo Media Institute. Sofie made a brief about Fojo Media Institute and the Eye on Corruption project in Kenya. She appreciated the editors for nominating the journalists who have taken part in the grants and mentorship programme in doing investigative reports. Sofie particularly mentioned that Eye on Corruption is focused on building capacity of journalists through trainings and encourages cross-border investigative collaborations in order to expose corruption. 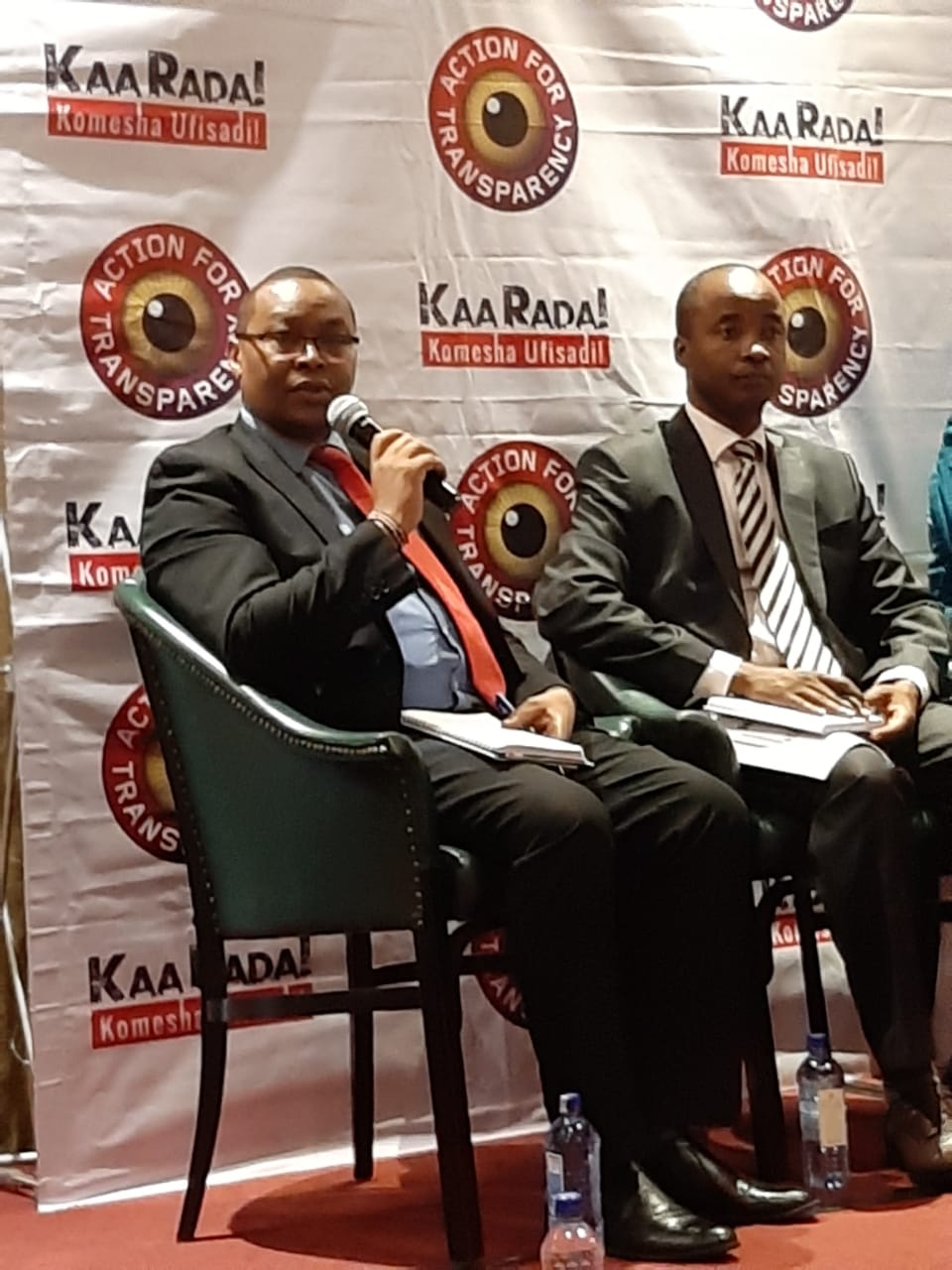 Samuel Kimeu started off by mentioning that corruption is highly affecting the public sector including the county governments. However, he noted that media should investigate further as there are public funds being used for private gain not overlooking that most of these cases take too long in court and the truth ends up not being known by the citizens. Samuel challenged the media to go back and retrieve some of these cases and dig further, put the right information to the public and make them aware of their rights. He added that TI-Kenya is actively working for a whistle-blower protection law whereas this law has been stagnated since 2017.

CPA Stephen Masha opening remarks included giving a background of the Office of the Controller of Budget, mentioning that it is an independent office that has internal mechanisms to promote access to information. The office has advanced notification of requests for information that are important to enable the it to sort the voluminous information that they receive. He mentioned that sharing of national revenue is done equitably using criteria available in ensuring equity amongst the 47 counties. These are the poverty levels, population, geographical area, structures to provide services and marginalisation.

Robi Koki, said that journalists fail to follow up on corruption stories, because the media does not have the needed resources to make follow-ups. She appreciated the work that TI-Kenya is doing in partnership with Fojo Media Institute in mentoring journalists and recognised that journalists are doing their very best to expose corruption while their editors are not backing them up as its required.

Samuel acknowledged that there is improvement in how corruption cases are being handled following the rule of law, currently a case in court takes an average of about 5 years but the ideal should be 3 years. Samuel mentioned that packaging information and sharing it to the public is very important as well as using system of enforcements through the courts to hold people accountable. 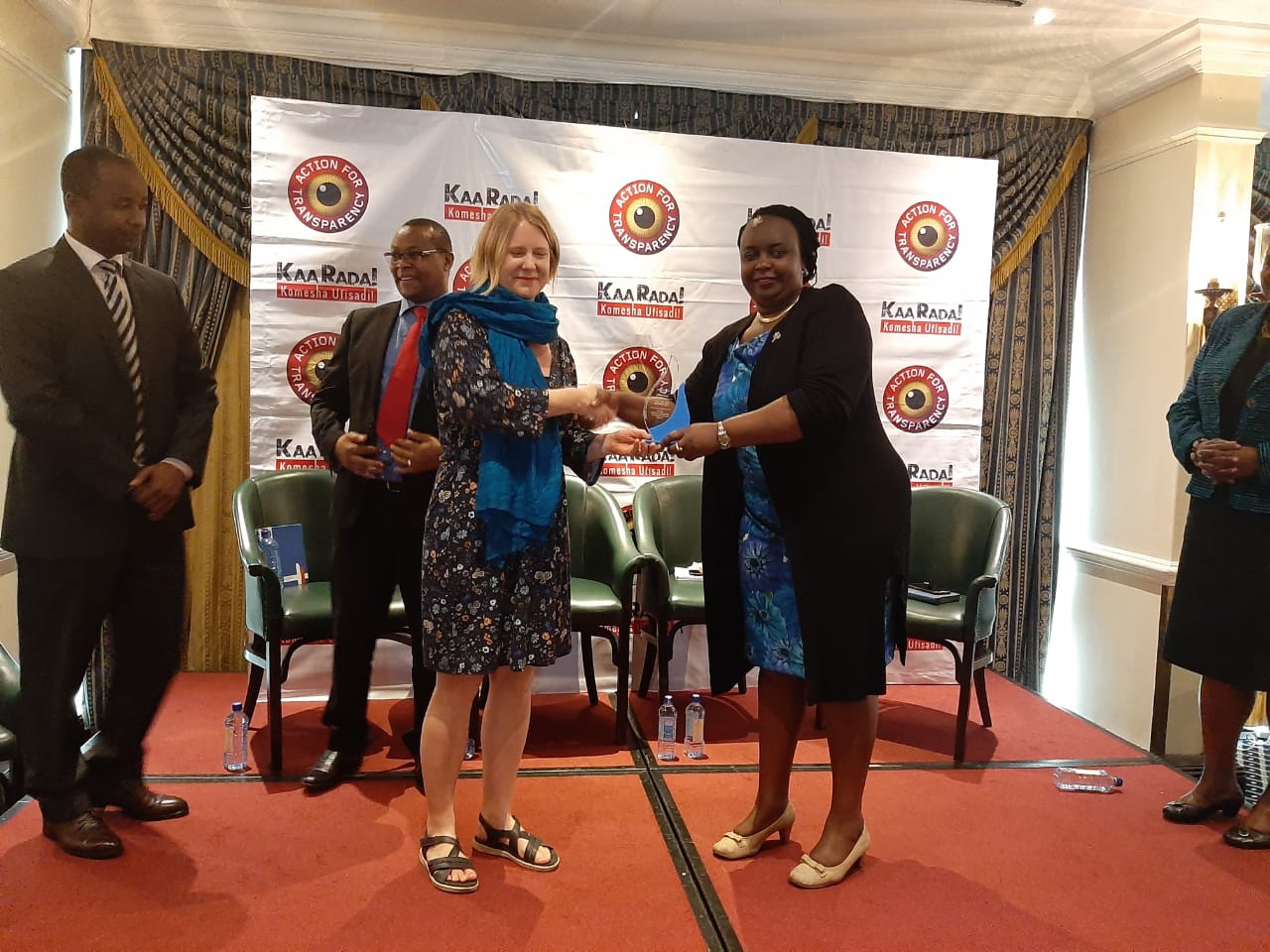 Sylvia Mwichuli suggested that journalists should always remember that their main job is to inform. However, advised that, no story is worth a journalists life but there are different ways in which they can seek protection once one feels that their lives have been compromised. She emphasised that while doing a story, the journalist should seek support from their editor, however most editors have been known for shutting down stories which should be discouraged. 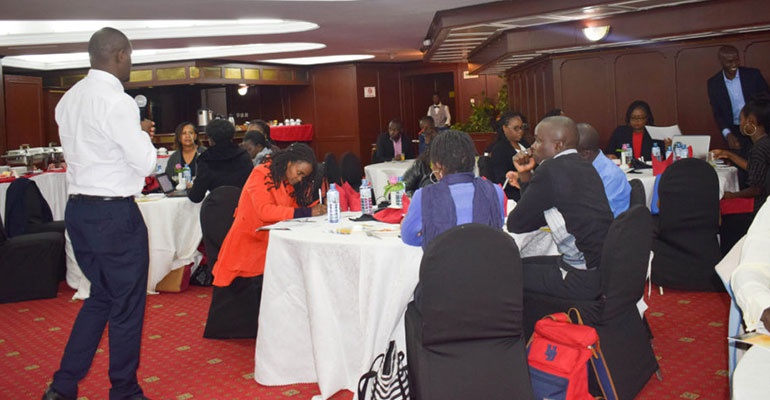 The Action for Transparency project organised a media forum for journalists and other media practitioners on 27th November 2018 at Nairobi Safari Club Hotel. The forum was centred on discussing the intricate relation of Gender and Corruption; and how… 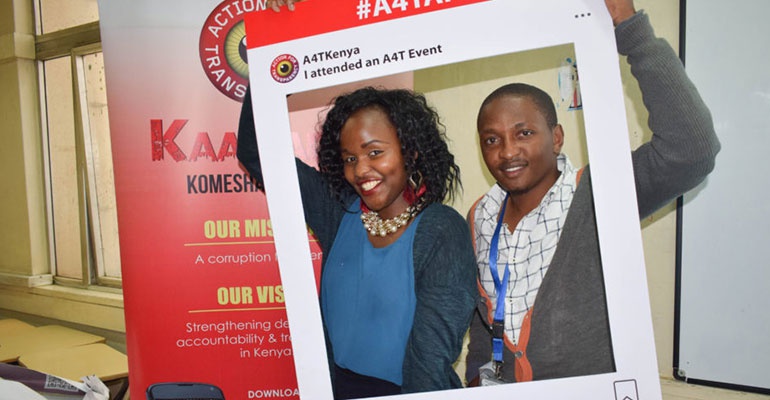 The Action for Transparency team organised a Social Media Engagement Forum (Twitterthon) on 3rd September 2018, at the School of Journalism and Mass Communication at the University of Nairobi. Just like the previous Twitterthon held at Kenyatta University in…