HomeAll PostsActivitiesMedia Forum on Gender and Corruption
Action for TransparencyA4T

The Action for Transparency project organised a media forum for journalists and other media practitioners on 27th November 2018 at Nairobi Safari Club Hotel. The forum was centred on discussing the intricate relation of Gender and Corruption; and how women in media can promote better representation of gender inequality in the consequences of corruption.

Media can play an important role in promoting gender equality, however, there is widespread unbalanced gender representation in the media.  According to a Media Council of Kenya report on Gender Equality, there are fewer females than males in almost all forms of the media and where there are few women in the media; they are often portrayed in typical stereotypical ways.

Amongst the issues raised were that women are vulnerable and suffer the most where corruption is most endemic and, in most cases, women are the most affected and also, the media uses their faces to highlight corruption.

According to the world economic forum report 2017, a Kenyan woman is paid Ksh.55 for every Ksh.100 paid to man for doing a similar job. Another study also shows that women are less corrupt and when you have more women as representatives then there is more development.

It was also noted that female journalists are less likely to receive bribes. This is in line with the assumption that women should always hold high standards in their places of work. A journalist (like many other journalists) shared that she is a victim of cyber-bullying and life-threatening messages on social media as she was trying to shed more light on a corruption case. She also pointed out that rarely do you find women in top levels of leadership in newsrooms and in most cases, it is through bribes such as money or sexual favours.

The panelist asked the journalists to use social media as it is a powerful tool and reaches a wider range in a short period of time. They were also challenged to take up other aspects in journalism such as stories related to human rights, crime etc. and not look at this as an only a man’s field and urged them to also shed light on stories that are targeted towards development as there are so many positive activities happening that the public is not aware about. The journalists should also strike a balance while reporting i.e. that they should always give two sides of a story and while doing so should also practice integrity and create a brand that they would want to be known for.

It was also noted that the journalists need more safe spaces/forums to talk about corruption with influencers in media, community and churches and through this, corruption will also reduce in their places of work. More trainings should also be implemented in the slum areas to raise awareness on concerns attached to corruption as the journalists are at the forefront on media empowerment.

In light of this, Media Council of Kenya organising trainings to raise awareness and teach journalists on integrity as well as get involved in reporting corruption cases.  Indeed, there is also an on-going concern on the protection and safety of the reporters and whistle-blowers, hence MCK assures that their main purpose is to promote and protect the freedom and independence of media and prescribe standards of journalists, media practitioners and media enterprises. 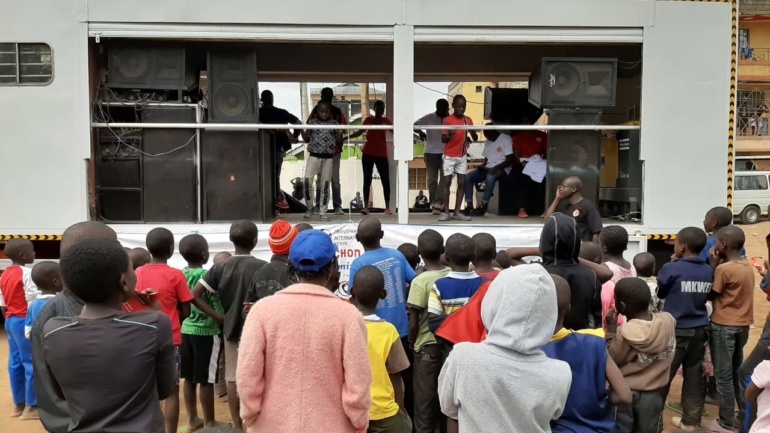 Roadshow in Kasarani and Roysambu Sub-Counties

On Saturday, 22nd June 2019, the A4T team conducted a public awareness activity in Kasarani and Roysambu Sub-Counties to Inform and empower citizens to participate in governance processes of public funds in health and education and encouraging citizens to…

On the 6th of October 2018, the A4T team was in Dagoretti area of Nairobi for its 2nd roadshow with an objective of  empowering citizens in this area to participate in governance processes of public funds in health and education, and to…