In recent days, the media informed by audit reports uncovered cases of blatant corruption within government departments and agencies including the National Youth Service where up to Kshs. 9 Billion is reported to have been illegally paid out to fictitious suppliers; the National Cereals and Produce Board paid huge sums of money to suppliers not accredited; Reports from the Office of the Auditor General indicating mismanagement of public funds within various government departments including the Health and Education departments.

Transparency International Kenya through Actin for Transparency in partnership with Kenya Human Rights Commission, Buyer Beware and other organisations planned a demonstration against the blatant runaway corruption in government to raise the voice of citizens in demanding for action.

The demonstration was dubbed #STOPtheseThieves and was held on 31st of May 2018, at the Uhuru Park grounds, with a demonstration through Kenyatta Avenue, Kimathi Street, Moi avenue, City Hall way, Parliament road and to Haile Selassie rd.

The demo attracted participants in hundreds, who were involved in displaying placards that displayed different messages in detest of the recent corruption scandals and inept by government authorities to take any action. Protestors walked, danced, sang and others chose to scream, while cameras from local and international journalists clicked away in the over 3 hours activity. Organisations represented gave speeches periodically and made calls to other onlookers to participate in the picketing. A petition was read when the crowd arrived at the judiciary, asking the courts to ensure prosecution of the corruption suspects, with hefty fines and punishment.

When TI-Kenya organised an inaugural Integrity Walk in December 2017, a contingent of policemen armed with clubs, tear gas canisters and guns, surrounded the Freedom Corner Park (start venue) with an order to stop us from proceeding with the walk. It was shock and awe, that a peaceful walk, a symbol of citizens stand on accountability and transparency issues, was invaded and stopped with such impunity. A year earlier, a demo against the loss of 5 billion shillings at the Ministry of health, was thwarted with violence and brutality to the participants and without any mercy to the journalists covering it.
It was therefore a great achievement to have had many participants in this peaceful demo with escort from policemen. Perhaps an indication that the police and their authorities are appreciating the right of citizens according to the constitution of Kenya, Chapter 3 Article 37, to peacefully and unarmed, to assemble, to demonstrate, to picket and to demonstrate petitions to public authority.

During the celebration and commemoration of the Madaraka (Independence) day on June 1 2018, president Uhuru Kenyatta gave a rather tough and firm statement about non-tolerance to corruption in his government. He declared that corruption in all its forms will be diminished from our country, adding that his governments’ raft of measures to tackle corruption, include an initial step for all Heads of Procurement and Accounts in Government Ministries, Departments, Agencies and Parastatals to undergo fresh vetting, including polygraph testing, to determine their integrity and suitability by beginning of July 2018 and those who shall fail the vetting will stand suspended. Unlike his previous speeches, during previous national events – where he once asked Kenyans, “Mnataka nifanye nini?” (What do you want me to do?) – president Uhuru had never talked this tough on fighting corruption. We hope that this will translate to action.

So far, over 40 suspects have been arraigned in court and held without bail, with more expected to be charged according to the Directorate of the Criminal Investigations.  The recovery of assets from those accused of corruption must also be given priority. See more photos here. 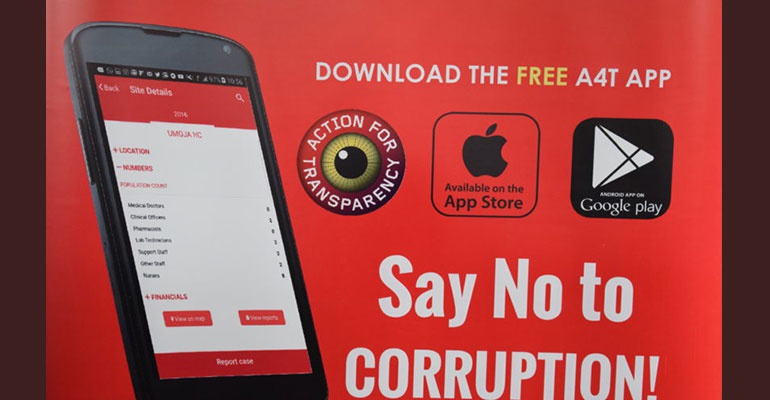 Become an A4T Social Auditor for your Community

By making it possible for all citizens to monitor government expenditure in the Health and Education Sectors in Nairobi, Action for Transparency, A4T, helps uncover suspected corruption and mismanagement of public funds. The Social Audits under the A4T project… 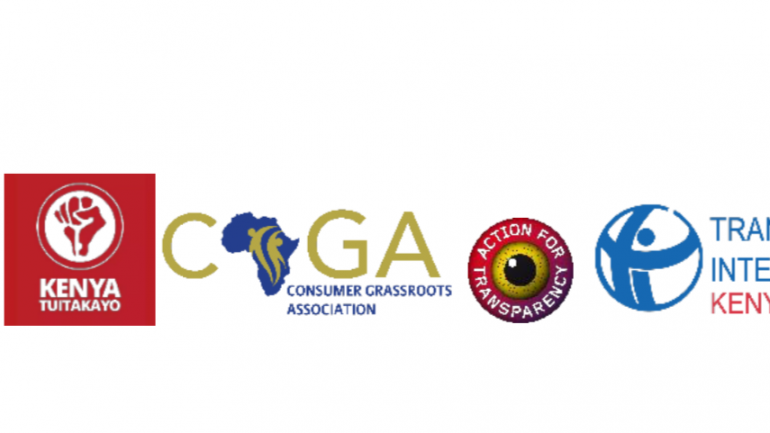