As soon as you step into the vicinity of Ngunyumu Primary School, a stench odour hits you, making you doubt if you are in a learning institution. This is Korogocho slum, home to an estimated 150,000 people, according to the 2009 census. It sits next to the popular Dandora dumpsite. Ngunyumu primary school has a population of 850 pupils. It is one of the only two public primary schools in the area the other one being Daniel Komboni primary school.

The 30-year-old Dandora dumpsite has been growing and encroaching the school in the last couple of years. Its effects, clearly visible and “smell-able”. Pupils at the institution play at the crowded playground, unaware of dangers surrounding them. This, the opposite of a favourable environment for learning.

Along the schools dilapidated fence, assorted garbage in form of papers and other light materials, have found refuge after being blown by wind from the dumpsite. In addition, garbage rummagers are camping outside the school’s compound to sort out their collection for re-usable items, which they sell at the spot, and what is invaluable is thrown over the fence into the school’s compound. The iron sheets covering the classrooms are brown and rotting.

Dahabo Guyo, a member of Ngunyumu’s Board of Management (BOM), fervently expresses her disgust about the foul odour in the school. It has been facing dangerous health hazards from the dumpsite, including being filled with toxic smoke. “The health of the pupils and teachers in the school is affected by this dumpsite and there is no one to help us”, says Dahabo.

The BOM member has been active in advocating for the relocation of a section of the dumpsite near the school in order to provide a conducive environment for pupils to learn. It has been a tall order yet dangerous affair, as we came to learn.

Kevin (not the real name), a school teacher, who spoke on anonymity, said that efforts to address the effects of the dumpsite have resulted to threats and intimidation from people believed to be beneficiaries of the dumpsite. “One time the school was entirely filled with smoke from the smouldering garbage, it was all over including inside the classes. You could barely see beyond ten meters,” said Kevin. “Together with other teachers, we decided to walk to the dumpsite to see if we could salvage the situation, but we were chased away by some youths who claimed that we were interfering with their livelihoods,” he added.

It is alleged that the youths were allocated a piece of land next to the dumpsite that used to be an abandoned quarry by area Member of County Assembly after the 2013 elections. Currently, each 20-ton dump truck that empties its contents at the site is charged Ksh. 500 on each trip. Every single day, more than 2,000 metric tons of waste is dumped in Dandora.

“Other than the foraging and recycling by individuals and families living in the dump, this is a multi-million shillings business, that is connected to cartels and politicians,” lamented Kevin. “It is a fight we have given up on, because we fear for our lives,” he added.

In-spite of the threats and perceived fear, Ms. Guyo, has continued to highlight the plight of pupils in Ngunyumo primary school. Pupils and teachers have often been absent due to falling ill out of the effects of the dumpsite. “When I was posted to Ngunyumu, my health was perfect. But since then, I have been in and out of hospital due to the bad air in this area. I have even sought for a transfer from this school,” complained another teacher

“We are glad that since it started raining, there has not been smoke,” said Kevin, “When there is rain, the fires are extinguished and there is no smoke”. Mr. Kevin added that the dumpsite has promoted increase in the number of school dropouts who usually end up in the dump to forage. Drugs and early pregnancy are other unintended consequences of the dumpsite that the school has had to deal with over the years.

Sustainable development goal 4 recommends basic education to be accessible, inclusive, equitable and quality to all including children in urban centers. According to the free primary education programme, every pupil in a public primary school is allocated Ksh. 1,400 per year. This is the total amount for all the needs including learning materials and development cost.

The school lacks a proper perimeter wall and security. Dealing with the effects of the garbage including provision of water and sanitation to the pupils is a cost the school has to grapple with. Even with all these challenges the pupils are still expected to compete with other learners from across the county with favourable conditions. 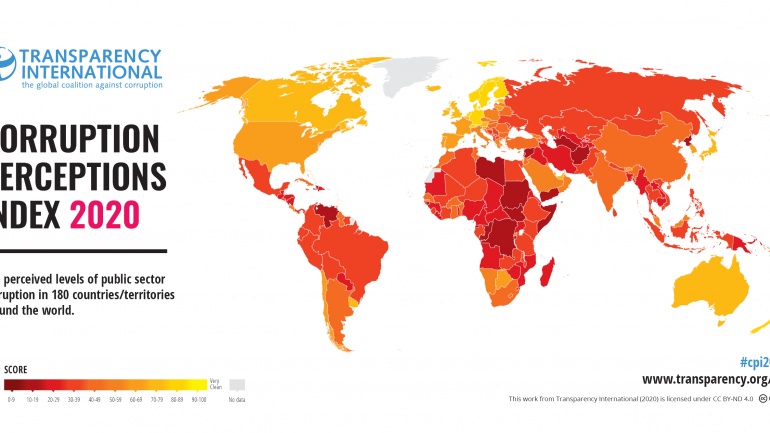 Kenya obtained a score of 31 out of 100 having scored 28 points in 2019. Kenya’s score still falls below the Sub-Saharan average of 32 and global average of 43 – a score below 50 indicates serious levels of…